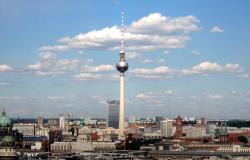 Amrita Narlikar argues that to revitalise and strengthen their relationship Germany must meet India eye-to-eye at a time when democracy is threatened globally by authoritarian diplomacy.

The Indo-German relationship should have been a match made in heaven. India was one of the first countries to grant diplomatic recognition to the Federal Republic of Germany; this March, the two countries celebrated 70 years of diplomatic relations. Germany and India have a strategic partnership; both have been holding cabinet-level bilateral consultations since 2011; in September 2020, the German government laid out its Indo-Pacific guidelines, illustrating its interest and commitment to a region where India is a key protagonist. And yet, something has been missing from the Indo-German cooperation.

Policy-makers on both sides frequently scratch their heads as to why this relationship falls short of the high expectations that are associated with it. Last year presented us once again with an illustration of just how big the gap is between expectation and reality: the European Union – interestingly at the time when Germany held the Presidency of the Council of the European Union - signed the Comprehensive Agreement on Investment (CAI) with China; for some arguments on the problems with this deal, see here. Stepping up cooperation and dialogue with India is now a European priority, but it has taken the arrival of the Portuguese presidency to elevate India to this status.

In this article, I argue that Germany needs to finally stop dragging its feet; it is high time that it recalibrates its priorities, and gives a marked boost to its relationship with India.

Why India Should Matter to Germany: A Paradigmatic Shift

For decades, the Indo-German relationship simmered away on a lukewarm back-burner, with neither major loss nor major gain to either side. But recent years have witnessed two major shocks to the international system: the rise of China as an authoritarian power with global ambitions, and the “weaponization of interdependence”.

Around the turn of the millennium, the rise of China was greeted with much euphoria across different parts of the world. Germany was one of the cheer-leaders for this development: increasing trade with China was expected to produce not only prosperity and growth for all players, but also bring about increasing buy-in from China for democratic principles and the western way of life. The hope of Wandel durch Handel (change through trade), however, has not delivered. Not only have we seen greater centralization of power by the CCP internally, but also increasing expansionism by China in the region and beyond. That this ambition is not always benign was brought dramatically to the fore last year, e.g. through China’s threats to Australia for its call for an international call enquiry into the origins of the pandemic, its flouting of the promise of one-country-two systems to Hong Kong, its border clashes (involving fatalities) with India, and its adventurism in the South China Sea. The challenge that China poses, moreover, is not one that is limited to its immediate neighbourhood; the Belt and Road Initiative is an example of its global reach.

The potential of China (or indeed other authoritarian states) to hurt the west is heightened by the growing ability of a handful of powers to “weaponize” our closely integrated global value chains. The existential dangers that such production patterns pose have been borne out at different stages of this pandemic, even as countries have leveraged control over desperately needed medical equipment, drugs, and vaccinees to their geostrategic advantage.

These two developments together demand a paradigmatic shift in German/ European foreign policy. Policy driven only or even primarily by commercial interests could leave citizens vulnerable to supply chain disruption in key areas such as food security. Governments could be held hostage by rival states that exercise control over network hubs in sectors of geostrategic importance (such as digital technology, or indeed free and safe sea lanes for the conduct of international trade). To protect themselves from these threats, and still maintain reasonable levels of prosperity for their economies, reliable value chains have to be built with like-minded partners. India – as the world’s largest democracy – could become one such close partner for Germany.

What Stands in the Way of a closer Indo-German Cooperation?

There are at least three reasons why the Indo-German relationship has not yet achieved its real potential.

First, for all the differences between India and China, a tendency to “hyphenate” the two persists. Even if comparing the two is akin to comparing apples and oranges, the two are in Asia and offer large markets to companies; this then automatically draws many actors in the west to compare the two, and often to the disadvantage of Indian democracy. Doing business with China is seen to be relatively simpler (even in the face of forced technology transfers, intellectual property rights violations etc.). India, in contrast, remains a more complex partner to negotiate and conduct business with, despite the quantum leaps it has made in moving up the Ease Of Doing Business in the Modi years. Second, it is commonplace in Germany to point to the flaws in Indian democracy, and thereby deem India an unworthy partner, at least in terms of shared values. Third, and deriving from the second, Germany focuses on trade and investment as the main conduit to deepen its relations with India. This fixation, however, leads Germany (and the EU) down a cul-de-sac of labour and environmental standards, at the expense of macro-level values of liberalism. All these problems are surmountable.

What needs to be Done

First, for close Asia watchers, the attempt to bracket “Ch-India” was always problematic; in this day and age, amidst China’s growing assertiveness along with fundamental differences between China and India, the hyphenation looks rather obsolete. But if comparisons must be drawn nonetheless, Germany would be well-served to remind itself that working with democracies can be slower and messier, but may also turn out to be more rewarding and reliable.

Second, this brings us to the state of Indian democracy, which is admittedly far from perfect. That said, the flagrant violation of human rights in China, in Xinjiang for instance, is quite a different order of magnitude in comparison from the flaws that we see in the workings of Indian democracy. Besides, a state of imperfection is true for all democracies, including those within the European Union, and indeed also of the United States. The last years have seen surges in populism across different parts of the world; time and time again, it has been evident that democratic governance is a zone of contestation, which grows and diminishes at different points, and has to be constantly defended, renewed, and reinvented. In this sense, Indian democracy is rich and alive, and its commitment to liberal values (such as pluralism and rule of law) strong.

Third, to deny these shared values, and instead focus mainly on trade-related social and environmental standards, is short-sighted. If Germany were to meet India eye-to-eye – two democracies, both in a constant flux of self-reflection, renewal and revitalisation – it would find not only a sympathetic partner to do business with, but also one that recognizes the importance of trade-related standards. By facilitating space for both democracies to grow in their own ways, these other worthy goals would also become more achievable.

At a time when democracy is threatened globally by authoritarian diplomacy, like-minded global allies will be key. The Biden administration seems to understand this logic, as suggested by its (still nascent) idea of a Global Democracy Summit.

More specifically, after having recognized that liberalism and democracy together constitute a broad umbrella, which can be enriched by home-grown interpretations of these concepts also from the non-west/ global south, Germany would – together with India – need to develop an agenda on specific issues.

The Indo-Pacific is one example of a useful area of cooperation. This is a region whose importance has been obvious to India for a long time; Germany’s recognition of this, via the Indo-Pacific guidelines presented in September 2020 and the decision to send a frigate later this year are important steps in the right direction. As Germany hones it strategy further, it would be well-served to keep an open line of communication with India in the context of developments in the Indo-Pacific. The Quad group (comprising Australia, India, Japan and the US) may also be worth paying attention to, which contra predictions of disappearance “like foam in the sea” by China, has only grown stronger in recent months. As other countries have also expressed growing interest in the Quad, Germany – perhaps together with the EU, depending on how the European Indo-Pacific strategy evolves – could also consider joining this initiative as an important signal of commitment to stability, peace, and freedom in the region.

Another urgent area for possible Indo-German cooperation is infrastructure. India is one of the few countries that has managed to consciously and deliberately stay out of BRI. Both Germany and India could jointly pursue routes to closer EU-India connectivity, and do this via clean energy projects that both sides have an interest in. The growing concerns within Germany about unreliable supply chains, especially in key sectors such as 5G and pharmaceuticals, find great resonance in India, and offer enormous potential for fruitful cooperation.

While I have argued above that the fixation on trade-related standards, narrowly defined, has been counter-productive, this should not be taken to mean that trade itself is unimportant. Thus far, India has stayed out of Regional Comprehensive Economic Partnership for a variety of reasons, including perceived risks of growing Chinese dominance. But if Germany and Europe do not want India to turn inwards, pursuing the FTA with India will be important. Such a deal would be an important signal to India and others in the region, and could help undo some of the loss of trust that the CAI has triggered (not only among regional actors concerned about China’s rise, but also the US). Germany could spearhead such efforts from the European side.

The moment for western democracies to be building a meaningful cooperation with India is ripe.  The EU seems to be recognizing this, as is the Biden administration. Time for Germany to also up its game.

This article is based on a presentation that I was invited to make at a DGAP Study Group on 26 March 2021. I am grateful to the organizers and participants for the stimulating exchange. Usual caveats apply.

Amrita Narlikar (amrita.narlikar@giga-hamburg.de) is the President of the German Institute for Global and Area Studies (GIGA), and Professor at Hamburg University. She is also non-resident Senior Fellow at the Observer Research Foundation.

Photo by Ingo Joseph from Pexels