China’s Wolf Warrior Diplomacy: Why we are all Hong Kong now 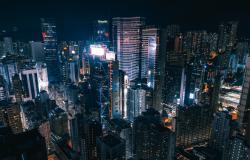 Amrita Narlikar and Amitabh Mattoo argue that what has happened in Hong Kong should matter to all of us.

In recent decades, the combination of a slow but certain instrumentalism – couched in parables attributed to Confucius and other Chinese notables – had made Bejing’s diplomatic behavior inscrutable and yet generally viewed as benign. It gave the country a big advantage in being able to change facts on the ground, and attract zero retaliation and minimal critique. It was the perfect excuse for Western and even Indian companies and governments in to look the other way, and continue with the high profits that business-as-usual with this authoritarian regime brought.

This has now dramatically changed (post incursions in the Galwan valley for most Indians) and China’s passing of the new security law on Hong Kong, which came into effect on 30 June this year, the rest of the world has a red hot smoking gun of Beijing’s new diplomacy. As two astute American analysts, Kurt Campbell and Mira Rapp-Hooper put it, “Beijing appears less image conscious now than in the past.”  And they argue, “Xi has endured the reputational damage of his government’s “Wolf Warrior” diplomacy (named after a series of nationalistic action films), likely calculating that China “will gain more by flexing its military and economic muscles even if it loses some of its soft power along the way”.

Recall, China’s big advantage for the last decades has been its incrementalism. Especially in its foreign policy, its method was to move little-by-little, step-by-step, under-the-radar. This was a strategy of managing to stay just below the level of a full-blown provocation, such that any concrete retaliation by injured parties would look like a hysterical over-reaction.

In fact, one can apply this insight to other aspects of China’s behaviour too. The World Trade Organization is a case in point. China has slowly, deliberately, and quietly chipped away at the rules (or the spirt of the rules) that underpin the multilateral trading system, but attracted scarce attention. In contrast, President Trump’s diatribes against the WTO, and in-your-face decision to paralyze the Appellate Body of the Dispute Settlement Mechanism, has led even allies to view the US with disappointment and anger. There is considerably irony in the fact that a sulky US – the guarantor of trade multilateralism for decades – has chosen not to join the parallel interim dispute settlement mechanism (created by the EU, Norway, Canada and others), but China has. Similarly, deeply frustrated with the World Health Organization’s apparent complicity with China, the US announced on 29 May that it would withdraw from the organization (In doing so, the US has attracted the ire of the great and the good of the world. China, in contrast, for all its mishandling of the pandemic, and in spite of the threats that it issued to countries that demanded an enquiry (such as Australia), still manages to present itself as being on the side of the angels by reiterating its commitment to the WHO.

The international community cannot dismiss Hong Kong as it has done Chinese excesses in Xinjiang. The issue goes to the heart of international jurisprudence and its new aggressive interpretation of its sovereignty. Hong Kong is not “just” another unit in China’s domestic jurisdiction; underpinning the handover of Hong Kong to China was the guarantee of “one country, two systems”. Hong Kong is not “just” another artificial island, being quietly militarized, somewhere in a far-away sea that the west does not need to bother about – in many ways, it is a cornerstone of a liberal, English speaking, democratic west. Hong Kong is not even “just” another fatal border conflict with India, which the west can dismiss as a product of misperceptions over unclear boundaries drawn by careless colonial masters.

What has happened in Hong Kong should matter to all of us because of the deeply worrying repercussions it carries for its citizens. But as foreign policy is too seldom about values, here’s a straightforward reason why all realists should also be concerned about Hong Kong. China’s actions in Hong Kong are a clear signal of the heavy costs that the Chinese Communist Party is willing to bear to openly assert, consolidate, and further expand its power.

The costs – for China – are huge – both reputational and financial. Hong Kong – along with Taiwan – was a symbol of reassurance that China, despite its different model of governance and development, could co-exist peacefully with other models based on freedom, democracy, and free markets. Besides, the financial attractiveness of Hong Kong stemmed from the fact that there was rule of law, transparency, independent judiciary, checks and balances. Companies knew that they would be given a fair deal, if they entered into conflict with a state-owned enterprise. With these advantages gone, financial costs will be inevitable – and China has shown that it is ready to incur them. This does not augur well for Taiwan, for the region at large, or for global order. As Campbell and Rapp-Hooper put it succinctly: “In the months since the pandemic first engulfed the world, China’s government has engaged in an unprecedented diplomatic offensive on virtually every foreign policy front. It has tightened its grip over Hong Kong, ratcheted up tensions in the South China Sea, unleashed a diplomatic pressure campaign against Australia, used fatal force in a border dispute with India, and grown more vocal in its criticism of Western liberal democracies.”

And this is why banal statements from all defenders of the liberal multilateral order need to stop. Chancellor Merkel, for instance, still talks remarkably of the need to “seek dialogue” with the Chinese government on the basis of a “relationship of trust” (EU High Representative, Josep Borrell also stated ““It is clear that China has a global ambition. But, at the same time, I do not think that China is playing a role that can threaten world peace”). No, Mr. Borrell, think what you may, there’s no way you can really know that. None of us can. Because ultimately, we can never know the intentions behind the actions of states. But when states take actions entailing high costs – especially to themselves – these are signals that must not be ignored.

We could all be Hong Kong tomorrow. And this is why – and not only for altruism – we should all be acting with one voice, with the people of Hong Kong now.

Amrita Narlikar is a GP columnist and Non-Resident Senior Fellow at ORF in an honorary capacity. She is the President of the German Institute for Global and Area Studies (GIGA), and Professor at Hamburg University.

Amitabh Mattoo is Professor of International Relations at Jawaharlal Nehru University and Honorary Professor at the University of Melbourne.

This was first posted by the ORF.

Photo by Brayden Law from Pexels