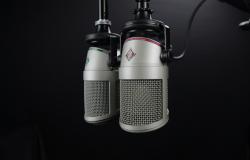 Amrita Narlikar argues that to tackle the pandemic leaders sorely need to develop narratives that appeal to people’s own interests, and give them a sense of hope and purpose.

In parts of the global south, which have been deeply affected by the pandemic, governments and peoples have had to make some horrific choices: If you had to choose between dying of hunger or dying of COVID-19, which would you go for? Premature reopening of economies, despite rising rates of infections, is an almost inevitable step in countries where social safety nets are severely limited, and where workers must rely on their daily wages to eke out a meagre existence.

In Germany, we should be grateful that we are not faced with such choices. The fatality rate here is (comparatively) still low; economically, our people have been better protected from the chaos that the virus is unleashing in many other countries; and our government is to be credited for having secured these gains for us while still keeping our democratic institutions intact. But now, infection rates are rising again. Close to 900 new infections were reported yesterday. The Robert Koch Institute (RKI) is issuing gloomy predictions and clear warnings.

In these circumstances, when Germany risks undoing the gains that it had achieved, systematic restraint should be the only answer. We know social distancing helps in limiting the spread of the virus. But looking outside on a warm summer’s day, and you will see no sign of any distancing whatsoever. We know masks help in limiting the spread of the virus (as even the World Health Organization admitted, rather grudgingly and belatedly; on the series of its errors and misjudgements). But people here are reluctant to wear masks voluntarily; increasingly, there are reports of people not wearing them even in situations where they are mandatory (e.g. on public transport). Apparently, people are just bored and tired of exercising patience as they rush off to picnics, parties, and beach holidays—too many believe the danger is gone. Schools will reopen this week and next across most federal states. The “prevention paradox” seems to have produced an odd set of vigilantes, who are convinced that even the limited “lockdown” measures that the government had put in place in April/May were unnecessary. Now, sometimes claiming to speak “in the name of all democrats,” they demand severe consequences for the government, and an immediate reversal of even the limited anti-pandemic measures in place. With schools and pre-school facilities re-opening this month, residents returning from their holidays, and the continued unrestrained mingling (in complete disregard of the warnings from the RKI), infection rates—with all attendant health and fatality effects—will probably get even worse.

In our haste to get back to normal, we seem to be choosing lifestyle over life. This is an odd choice to make, especially as I do not believe that all my compatriots are hedonists. So why are we seeing this? Obviously, it is because people do not see themselves or their loved ones in immediate danger of dying or debilitating health consequences. But why is this the case, when all the data in the last few months points to the virulence and infectiousness of the disease?

Why choose lifestyle over life? Narratives and Strategies

A crucial problem is that of narratives.

Chancellor Merkel, from the beginning, has been explicit in singling out certain groups as being affected by the virus—particularly the elderly and those with prior health conditions. This naturally leads the majority of the population to believe that they are not vulnerable to the disease;[1] whatever restraint they then choose to exercise in their lifestyle choices becomes framed as an act of altruism towards “weaker” members of society, and not in their own self-interest.

This would have been an irresponsible line of argumentation to take, when we are dealing with a novel virus whose behaviour pattern and effects are still not known; we simply do not know how this virus will affect people’s lives in the longer term, or how it will mutate. The effects of this narrative have perhaps been even more pernicious in Germany, where levels of trust in government are high. We believe what the government tells us; that the virus affects “only” a few sub-groups is an idea that people are firmly holding on to. They do so even in the face of numerous studies that show that this virus is wreaking major and lasting damage also on younger (and otherwise fit) survivors of the disease, and indeed also producing fatalities in younger age groups that were earlier not believed to be “high-risk”. Merkel’s narrative is far more palatable, in contrast to Karl Lauterbach’s (a German politician from the SPD and professor of Health Economics and Epidemiology) tough narrative on the dangers that COVID-19 poses to us all. That Lauterbach is probably right does not matter. The government’s message is the one that we all desperately want to hear—it allows us to somehow assume that we are the ones who can safely hug each other, and behave as if the pandemic is over.

There is an additional paradox to this. Not only does this narrative create a false sense of security for large groups of people, but it also prolongs the process of getting back to normal. With a narrative that divides her people, Merkel has perhaps herself been cognizant of the fact that German citizens will not readily embrace limitations on their lifestyles for long. This discontent was reflected in on 1 August in demonstrations of over 20,000 people from all over the country—an “unholy alliance” that brought together people of diverse political persuasions, conspiracy theorists, and ferocious anti-maskers—in Berlin, who declared themselves to be “the second wave” and announced the end of the pandemic.

Linked to the inadequacy of Merkel’s narrative is also a strategy that seems reconciled to the idea of learning to live with the virus. This is far too casual, and it is a demotivating message of endless misery for people who desperately need hope.

Interestingly, Merkel’s entire approach stands in dramatic contrast to that of another woman leader’s—Jacinda Ardern—who has chosen to not live with the virus, but to “stamp it out”. This shows the strategic response of New Zealand to a threat that it has regarded as so serious, that it cannot just be “lived with”. One reason why Ardern was able to generate outstanding results for her country was because of her clear signalling that the virus would affect all citizens, not “just” some sub-groups.[2] Recognising that to stamp out the virus was in their own interest, citizens worked with her towards this. This is not to say that New Zealand did not encounter its own share of problems—they did, for instance, through a careless and premature opening of their borders. But their results are still pretty impressive, with 4 deaths per million population; ours stand at 110 per million population. Today, they have 22 active cases—which allows them to trace contacts and control very effectively; in Germany, we have 8,388 active cases—and these numbers matter for an infection that shows an exponential rate of growth.

“Stamping it out” as a strategy may still be possible for us, even as a large country. But as the medical experts keep reminding us, this requires restraint on our parts as individuals and as a society. And after the virus is “stamped out”, several policy measures would need to be put into place to prevent a recurrence or rise of infection.

Employers would have to offer continued flexibility to employees to work from home. Amidst the hue and cry on the difficulties of working from home with children and also problems of domestic violence, real solutions are necessary to address the problem—and no, these solutions do not mean a helter-skelter opening of schools and pre-school facilities. Children must of course get access to education. But this cannot be a trade-off between education for the young, versus sickness and death for multiple groups via a further spread of the disease. Rather, this means that Germany needs to seriously improve its standards of digitalisation and digital access, and enable teachers and students to work with new models of learning. Additionally, we cannot reasonably demand new education concepts from schools, and expect businesses to continue as they have always done. We need a serious debate—and action—in the fields of economics and business, which goes beyond stopgap measures to plug the leaks that are springing in the global economy. Rather, it needs a reconsideration of current business and employment models, and indeed a new and reformed model of sustainable globalisation. New Zealand was helped by the fact that it is an island; we would need to control our borders better, with checks and quarantine requirements, to keep the virus “stamped out”.[3]

Above all, for this to work, we need our leaders—especially leaders in which societies have high levels of trust—to develop narratives that appeal to people’s own interests, and give them a sense of hope and purpose.

Amidst this global pandemic, most of us are—in our different ways—sad and lonely. The sooner we can work together—as a society—to stamp out this virus, the sooner we will be able to get to a happier new normal. Please let us not wait until autumn and winter, to then try and sort out an even bigger infection wave.

Amrita Narlikar is a GP columnist and Non-Resident Senior Fellow at ORF in an honorary capacity. She is the President of the German Institute for Global and Area Studies (GIGA), and Professor at Hamburg University.

This was first posted on the Observer Research Foundation and reposted with permission.

[1] Additionally, people are perhaps lulled into a false sense of security due to the good (also in per capita terms) medical facilities in Germany; they seem to ignore the “living death” experiences that many survivors of the disease now recount, to say nothing of the physical and emotional trauma of being on ventilators etc.

[2] “If community transmission takes off in New Zealand the number of cases will double every five days. If that happens unchecked, our health system will be inundated, and tens of thousands of New Zealanders will die.

There is no easy way to say that – but it is the reality we have seen overseas – and the possibility we must now face here.

Together, we must stop that happening, and we can.

Right now we have a window of opportunity to break the chain of community transmission – to contain the virus – to stop it multiplying and to protect New Zealanders from the worst.”

[3] Any mention of border controls usually enrages EU-supporters and liberals. But we do not need to play the unhelpful game of being “for borders” or “against borders”. One can fully support the Schengen zone and the EU’s commitment to the free movement of people, and still come up with a rigorous set of rules that limits the spread of infection. Details of this would need to be explored and ironed out; but a good first step would be to move beyond a polarized framing of binary choices.