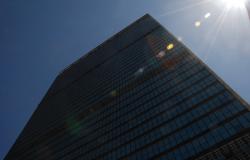 How did the US shape the composition of the UN Security Council during the early Cold War period? By focusing on the election of non-permanent members to Council seats, this paper investigates what role the US played in the nomination and election of candidate countries. In doing so, the study relies heavily on US diplomatic archives since those archival materials are rich in terms of voting preferences of UN members, negotiations between the US and its allies, and Washington's intensive lobbying for candidates. Investigating contested elections from 1946 to 1964, we find that although the US had an extensive influence on determining Council's non-permanent members, its power to influence election outcomes dramatically weakened from the late 1950s onwards. This finding has important implications for the recent literature on the UN Security Council.