The Paradoxical Perception of Contemporary Democracy, and the Question of its Future 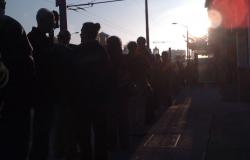 This article explores the perception of democracy today, at the national and international levels. This perception is rather paradoxical. On the one hand, democracy is celebrated. As such it functions as a benchmark of political legitimacy. On the other hand, it is criticized. The article provides explanations for this state of affairs. Among the explanations put forward in order to account for the criticisms of democracy the article stresses the deepening of economic inequalities and a sense of social alienation that has been growing in recent years among the people that globalization and its associated policies are affecting negatively. For the way forward the article offers suggestions in order to improve the reputation and reality of democracy. In this regard it argues that the possibility to improve democracy, both at the national and international levels, is to a large extent based on making it more inclusive (especially economically speaking) and reflective.