The Representativeness of Global Deliberation: A Critical Assessment of Civil Society Consultations for Sustainable Development 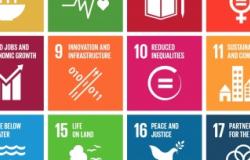 During the negotiations of the Sustainable Development Goals, the United Nations consulted worldwide nearly ten million people for their views. Such proliferating megaconsultations are often uncritically accepted as a remedy for an assumed democratic deficit of intergovernmental institutions. We argue, however, that the potential of civil society consultations to democratize global governance is constrained by the limited legitimacy of these consultations in the first place. Global consultations regularly fail to include civil society actors from developing countries, or show other sociodemographic biases. Also, they often fail to strengthen accountability between citizens, international organizations and governments. In this article, we investigate the causes of this phenomenon by exploring the relationship between the design of consultations and their democratic legitimacy. The basis for our argument is an in-depth empirical study of three consultations carried out during the negotiations of the Sustainable Development Goals. We find that design is an important variable to explain the overall legitimacy of consultations. Yet its exact role is sometimes unexpected. Extensive material resources and open access conditions do not systematically enhance the legitimacy of the studied consultations. Instead, developing clear objectives, allocating sufficient time to participants, and formally binding the consultation to the negotiations hold considerably more promise.

Involve civil society in the design and dissemination of consultations to increase ownership and improve inclusiveness and accountability.
Carry out consultations at an early stage of negotiations to allow for greater inclusiveness.
Secure more resources for consultations with restricted access to improve representativeness in the sample of participants.
Allocate sufficient time to participants to read and react on the various proposals and take into account time zone differences.
Encourage the participation of government representatives in consultations to increase accountability.
Develop a clear set of objectives for consultations and bind it in an accountable way to the negotiations for which public input is sought.
Access Article