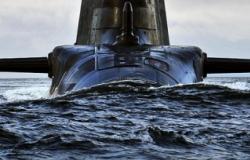 The International Campaign to Abolish Nuclear Weapons (ICAN) has aimed to reenergize global civil society activism on nuclear weapons through a discursive strategy, borrowing self-consciously from critical and post-positivist international relations (IR) theories. ICAN aims to generate a new disarmament discourse that establishes nuclear weapons as inherently inhumane. Alongside the state-led Humanitarian Initiative, ICAN campaigners are helping to reshape the conversation at certain international meetings on nuclear weapons. They have helped to contest the dominance of national security narratives and force even the nuclear-armed states to address the humanitarian consequences of nuclear weapons. In supporting a reframing of the conversation, they have opened nuclear disarmament policy making to new voices. However, as with the transmission of many ideas from one arena to another – in this case from academia to global policy making forums – there is a translation process as ICAN campaigners selectively adopt from post-positivist IR to meet their political goals. It is possible that this translation of critical theorizing into the setting of multilateral forums has necessitated reducing the potency of the disruptive critique of the original ideas.