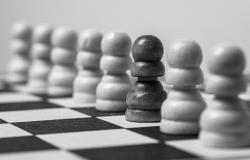 The WTO Secretariat plays an important role in supporting the activities of the WTO membership. This extends to dispute settlement. This paper addresses the question whether the Secretariat may have contributed, directly or indirectly, to the current crisis in the WTO dispute settlement system as has been suggested by some observers. The role of the WTO Secretariat in WTO disputes cannot be underestimated and merits more attention than has been given to it. It would be wrong to blame the Appellate Body crisis on the Secretariat but to ignore its role in the functioning of the WTO dispute settlement system would not be correct either. My focus in this paper is on two related problems that received some attention in WTO reform debates: its role in advising panels and the Appellate Body on legal issues; and its role as ‘invisible experts’ on non‐legal issues such as the assessment of economic arguments and econometric evidence. In particular in the area of providing economic expert advice, there appears to be a problem of legitimacy and due process as a result of the non‐transparent role played by the WTO Secretariat.

Innovation in the UAE: From First Foundations to ‘Beyond Oil’
Mona Abou Hana -
Vol 8, Issue 3, September 2017