Effective Orchestration? The 1540 Committee and the WMD Terrorism Regime Complex 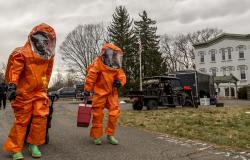 In 2004, the United Nations Security Council adopted Resolution 1540, the central international tool to prevent terrorism with Weapons of Mass Destruction (WMD). In spite of the resolution's strong mandate, its implementation body, the 1540 Committee, has remained weak in terms of enforcement powers, budget allocation and human resources. This article addresses this gap between mandate and implementation capacity. It examines specifically how the 1540 Committee has tried to overcome its structural constraints to achieve its objectives. This has led to two important findings: first, building upon theoretical insights from the management of regime complexes, the article shows that the 1540 Committee has resorted to the orchestration of intermediary actors in the form of other international organizations belonging to the so‐called WMD terrorism regime complex. This demonstrates that – contrary to what the current literature suggests – orchestration is used on a large scale in high profile cases of international security. Second, the analysis of the performance of the process of orchestration reveals significant variation. While a large number of intermediary actors have integrated the provisions of Resolution 1540 in their own agendas, the coordination of these actors by the 1540 Committee has remained largely ad hoc and lacked the systematic exchange of relevant information.

Image credit: The National Guard via Flickr (CC BY 2.0)

State Intervention Does Not Support the Development of the Media Sector: Lessons from Korea and Japan
Nissim Otmazgin
Special Issue - Cultural Policy and Protectionism

The Role of State Leadership in the Incidence of International Governance
Barbara Koremenos
Vol 6, Issue 3, September 2015