Law and Negotiation: A Role for a Transformative Approach? 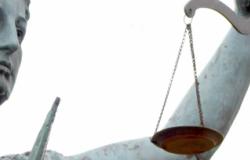 Feminist critique of negotiations that aim to bring about peaceful political settlements has consistently pointed to the glaring absence of the critical analysis of and response to gender relations as part of both the modus operandi and substantive output of those processes. Just as war is a gendered phenomenon war is a gendered phenomenon (working off gender relations that subordinate women), so too the processes that respond to it and aim to negotiate its end and create an aftermath, are inherently gendered. Where the goal is a peace that works for ‘everyone’, then negotiation needs to respond to structural gendered conditions that limit the potential that negotiation holds for women. The concept of transformation has been espoused by feminists as key to altering the structural inequalities that determine a systemic gendered order that works to de-privilege women and women's interests. As a concept, ‘transformation’ holds great potential to regenerate processes of negotiation towards promoting women's ability to have agency over their lives. This article begins a consideration of what transformation might mean for the practice of negotiation and how it might be advanced to make negotiations responsive to gender relations so that a peace that serves women as well as men is worked towards.

BRICS and the Privileging of Informality in Global Governance
Andrew F. Cooper and Asif B. Farooq
Vol 4, Issue 4, November 2013