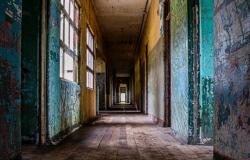 During 2002–2018, the Middle East and North Africa (MENA) accounted globally for 36.1 per cent of terrorist incidents, 49.3 per cent of terrorist‐induced casualties, and 21.4 per cent of conflict deaths. One focus here is to investigate how MENA's terrorist attacks and conflicts compare with those in the world's other six regions during selected periods, drawn from 1970–2018. There is a well‐defined shift of terrorism from Latin America, Europe and Central Asia to MENA, South Asia, and sub‐Saharan Africa after 1989. A second focus is to employ panel regressions to contrast the drivers of global terrorism with those of MENA terrorism. Democracy and civil conflicts are main drivers of MENA terrorism, followed by population. Regional peacekeeping can have an ameliorating effect on terrorism by limiting conflict. The Arab Spring and associated regime changes are shown to have ushered in a wave of terrorism in MENA. Policy recommendations conclude the study.

Photo by Jose Vega from Pexels