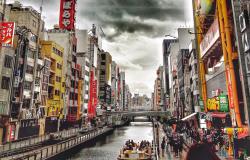 This essay offers a general assessment of Japan’s performance in the 2019 G20 and G7 Summits, held respectively in Osaka, Japan and Biarritz, France and looks at how Tokyo coordinated with its European partners (The European Union (EU) institutions and the EU Member States) in these international settings. The analysis reveals several differences and expectation gaps between the two partners. In particular, even if Tokyo is aligned with most European objectives in terms of trade and data governance, Japan insists on accommodating the US, on which its security still very much depends. Also, Japan’s preference for consensus-building disappoints European states’ search for a more ambitious leadership – on the issue of climate change, for example. On Japan’s side too, there is frustration. The rigidity of European positions and solutions (on a strict protection of digital data privacy, for example) is a concern. Regarding the G7 Summit held in France, the informality of the meeting was an issue for Japan’s formal diplomatic style and Tokyo was disappointed by the very brief mention of Asian affairs in the final communiqué. A candid dialogue between Japan and its European partners, backed by track 1.5 discussions, should be held to reduce misunderstandings and more efficiently push common interests in multilateral settings.

Photo by Christopher Hiew from Pexels