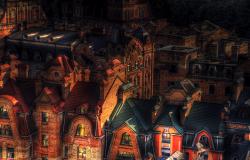 This article contributes to research on the relationship between multipolarity and multilateralism. One aim of this article is to consider the role of multilateralism in the age of multipolarity by investigating Russia’s approach to multilateralism, especially in the context of the Donbas conflict. Russia has been a staunch supporter of a polycentric world order. Thus, an analysis of its attitude towards multilateralism provides insights into the role of multilateralism in the emerging multipolar world. It will be argued that, while convergence of interests and equal participation of states cannot be assumed in the age of multipolarity, multilateralism can still facilitate policy coordination among states, including rising powers, and provide legitimacy to their policy decisions. Another aim is to explore what peacekeeping – an international practice reflective of multilateralism – can deliver in the multipolarising world. This article examines recent debates over the deployment of a peacekeeping mission to eastern Ukraine and argues that peacekeeping can not only help achieve security policy coordination among states, including rising powers, but also help create a common diplomatic culture and hence a sense of we‐feeling among them, which may in turn develop into an inclusive regional security framework.

From Global Policy to Local Knowledge: What is the Link between Women's Formal Political Participation and Gender Equality in Conflict-affected Contexts?
Hakan Seckinelgin and Jennifer F. Klot
Vol 5, Issue 1, February 2014

EMU will Succeed Even Without a Federal State
Paul van den Noord
Vol 5, Issue 2, May 2014