The New War Thesis and Clausewitz: A Reconciliation 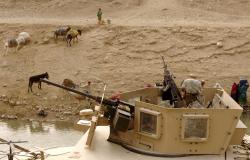 Mary Kaldor's work constitutes an exceptionally sustained, cohesive, and also broadly aimed argument for often radical – and generally cosmopolitan – changes to state's approaches to security. Informing the project's various proposals is a theoretical foundation derived from earlier work on ‘new war’. This ‘new war thesis’ holds that the nature of war has changed from involving a Clausewitzian logic of extremes to one of ‘persistence and spread’. This thesis is presented as an ideal type that should inform scholarship and policy. The essay finds fault with the way this foundation is constructed, in particular its rejection of Clausewitz. Rather than reject the new war thesis, though, the essay shows that a reconciliation between it and the Clausewitzian theory of war is not only possible, but results in more cogent arguments for the policy proposals Kaldor contends are the real test of the theoretical underpinning of her project.

The Dark Side of China’s Economic Rise
Jörg Wuttke
Special Issue: Europe and the World: Global Insecurity and Power Shifts