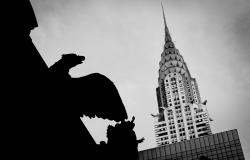 What does it mean for the United States to be powerful? The prospect of a decline in American power, especially relative to a rising China, has attracted considerable scholarly and political attention. Despite a wealth of data, disagreements persist regarding both the likely trajectory of the US‐China balance and the most effective strategy for preserving America's advantage into the future. This article locates the source of these enduring disputes in fundamental conceptual differences over the meaning of power itself. We map the distinct tracks of argument within the decline debate, showing that competing positions are often rooted in differences of focus rather than disputes over fact. Most fundamental is a divide between analyses dedicated to national capabilities, and others that emphasise mechanisms of relational power. This divide underpins how strategists think about the goal of preserving or extending American power. We therefore construct a typology of competing understandings of what it means for America to be powerful, to show that a strategy suited to bolstering American power according to one definition of that goal may not support, and may even undermine, American power understood in other ways.