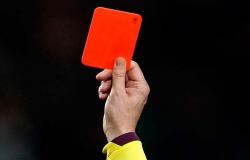 Red card holder (RCH) teams have developed during the last two decades of collaborative air interventions undertaken by NATO or groups of like‐minded states under US leadership. In such coalition contexts, different fighter jets are tasked, from a central US headquarter, to strike (or, in military language, ‘engage’) specific targets that have been developed to achieve the objectives of the mission. Yet, prior to a fighter jet from a specific nation striking a target, the national RCH Team must first approve this. Indeed, when a state contributes a fighter jet, the RCH Team has now become part of the package, together with mechanics and other support personnel. In this article, it is this RCH function that we describe in more detail, drawing on interviews with Danish RCH team members. Our aim is to show that this and other ‘on‐the‐ground’ functions are key to understanding how international law – and, importantly, national interpretations thereof – function in practice and influence the conduct of collaborative warfare.

Existential Security: Towards a Security Framework for the Survival of Humanity
Nathan Alexander Sears