The Promise and Pitfalls of Assembled Institutions: Lessons from the Global Environment Facility and UNAIDS 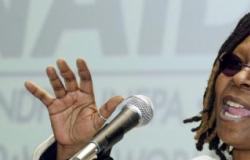 Contemporary global governance architecture has been described as fragmented, incoherent, and inefficient. The mandates of prominent international organizations (IOs) often overlap and coordination is regarded more as the exception than the rule. In this context, international institutions designed with an explicit coordination mandate hold significant promise. These assembled institutions (AIs), like the Global Environment Facility (GEF) and UNAIDS, formally incorporate IOs in their designs and seek to coordinate and bring coherence to their work in a given issue area. Although praised for their bold and innovative designs, little scholarly work has assessed the success of these institutions in fulfilling coordination mandates. The paper introduces AIs as an organizational form and sheds light on two challenges they face that provide barriers to coordination. First, concerns regarding status and material losses may cause relevant IOs to resist coordination despite ostensibly opting in to participate in the assembled institution. Second, the governing bodies of assembled institutions are weak relative to the prominent IOs incorporated in their designs. The home governing bodies of these institutions often do little to reinforce the importance of coordination, hampering performance. These challenges are illustrated in the case of the GEF and UNAIDS.

States and other donors should have realistic expectations about their ability to force international organizations to coordinate action through assembled institutions (AIs).
Policy makers should design assembled institutions with substantial administrative capacity; ‘lean’ institutional designs are often ineffective and leave AIs incapable of affecting coordination.
States should encourage and offer support to IO-initiated coordination efforts as these are more likely to succeed than their state imposed counterparts.
Member states should work to send consistent messages to IO staff across governance forums to encourage coordination.
Strong monetary incentives are critical to the success of coordination. Donors should make access to funding contingent on joint proposals when collaboration between IOs is desirable.
Access Article