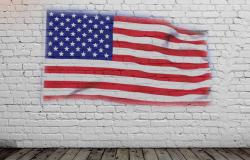 When the Asian Infrastructure Investment Bank (AIIB) was launched in January 2016, 57 countries signed on to its charter. The United States was not among them. It does not appear likely that the US will change its position, particularly amid deteriorating trade relations between the US and China. However, a description of the US relationship to the AIIB that is limited to opposition and non‐membership is not adequate or accurate. This analysis takes a closer look at US interactions with the AIIB, beginning with its response to the Bank when it was announced through the time of writing in 2019. The main finding of this reexamination is that relations between the United States and the AIIB have been and remain more multifaceted than the conventional narrative portrays. Since Beijing announced plans to establish the AIIB, the United States has engaged the AIIB in ways that presented opportunities for Washington to communicate its preferences with respect to the policies and operations of the Bank.