Theorizing Democracy between National and International Politics: A Snapshot from East Asia Introduction 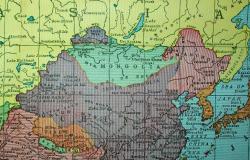 There is now a reality on which most people agree: democracy is in trouble in the West. The fact that in election after election, mainstream and established political parties and politicians, whatever their political affiliation, are being challenged and more often than not defeated by political forces presenting themselves as populist is a case in point.