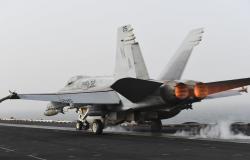 Thirty years after becoming a hegemonic power, the United States of America is again confronted with near‐peer adversaries, challenging its primacy as the world’s leading power (Allison, 2018). In particular, the unipolar world order, introduced and safeguarded by the US after the Cold War, is contested, mainly by the Russian Federation and the People’s Republic of China (Kaplan, 2013). As the US often perceives the international legal framework as limiting when employing its national power (Shaw, 2008), these two players seem to follow this ‘American Way’. The questions for the US will be where it currently stands with its National Security Strategy (NSS), how to proceed towards its ambition, and what to amend to mitigate its shortfalls.