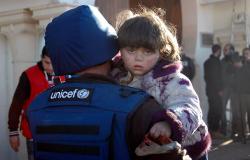 Reconstruction is becoming the new battleground in the Syrian conflict – its continuation by other means. It is instrumentalized by the regime as a way to reconsolidate its control over the country and by rival regional and international powers to shape the internal balance of power and establish spheres of influence in the country. The paper examines the Asad regime's practices, including co‐optation of militia leaders via reconstruction concessions and use of reconstruction to clear strategic areas of opposition‐dominated urban settlements. The paper then surveys how the geopolitical struggle in Syria has produced an asymmetry as regards reconstruction: those powers that lost the geopolitical contest on the ground seek to use geo‐economic superiority to reverse the geopolitical outcome. First the impact of proxy wars and spheres of influence in the country on the security context for reconstruction is examined. Finally, the reconstruction initiatives of the various external parties are assessed, including Russia, Iran and Turkey as well as the spoiler role by which the US seeks to obstruct reconstruction that would spell victory in Syria for its Russian and Iranian rivals.