The BRICS Coming of Age and the New Development Bank 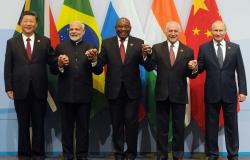 The robust economic growth of developing countries revived discussions about the need for a global financial architecture that is more representative of today's economic and political realities. The world is now markedly different from the moment the Bretton Woods institutions were created. The BRICS now account for a substantive share of global GDP, however, this was not reflected in equivalent voting power in existing multilateral institutions. As a response, they created institutions like the New Development Bank (NDB) and the Contingent Reserve Agreement (CRA), symbolizing a shift of economic and political power towards emerging countries. Against this backdrop, this paper explores the growing importance of BRICS countries as contributors to the global economy and to global governance. Using NDB as a case‐study, the paper explores the origins of the Bank and attempts to answer why a new institution was needed, elaborating on five practical examples in which NDB could contribute with innovations to the modus operandi of multilateral development banking. The authors argue that out of all multilateral development banks created in the past decades, the NDB has the largest potential to catalyze changes in the Bretton Woods institutions and to grow as an alternative to them.

Law of War 2.0: Cyberwar and the Limits of the UN Charter
Jasper Kim
Vol 2, Issue 3, October 2011
Global Governance and Integrative Balancing: The EU efforts to Respond to the Global Challenge
Attila Agh
Vol 3, Issue 2, May 2012