Energy Security in the Wake of the Ukraine Crisis: Getting the Real Threats Right 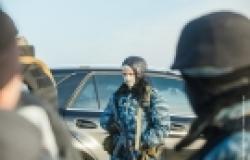 Ever since the 1973 oil embargo, and especially since the Russian-Ukrainian gas crisis of 2006, Western policy makers have paid a great deal of attention to energy security. Yet there is no consensus as to what energy security is, what methodologies are most useful for conceptualizing and operationalizing the term, or even whether it is possible to generalize about anything as complex and contextually dependent as energy security. This enormous diversity of theoretical, methodological, and epistemological perspectives on the study of energy security complicates any assessment of the state of the field. It is, however, precisely because ‘energy security’ is such an elusive concept that academics, statesmen, and analysts of energy politics should not strive to coalesce around one precise definition.

The article begins with a concise overview on our understanding of energy security, continues with a critique of the persistent efforts to come up with a comprehensive definition of the concept, and ends by arguing that if energy security is, indeed, in the eyes of the beholder, then currently much-needed energy dialogue between Moscow and Brussels has to take into account both parties’ subjectivities.

Skalamera - Energy Security in the Wake of the Ukraine Crisis, Getting the Real 07.15.pdf694.85 KB