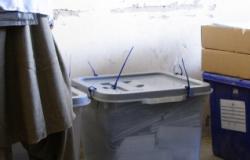 Democracy promotion is an integral component of European foreign policy. However, the 1990s’ rosy proliberalization rhetoric faded with the failed interventions in Afghanistan and Iraq, the bumpy integration of the Western Balkans into the EU and the persistence of authoritarianism in the Arab world despite the popular uprisings of the Arab Spring. This article suggests four explanations for the observed lack of effectiveness of European democracy promotion: (1) the absence of a consensus among democracy promoters about policy objectives, and the interference of hidden agendas; (2) the neglect of rational interests of domestic actors and the dynamics of the external–domestic interplay in democracy promotion; (3) the adaption of authoritarian incumbents to the domestic and international threats to democratize, and (4) the existence of negative external actors interested in promoting autocracy and undermining democratic transition.