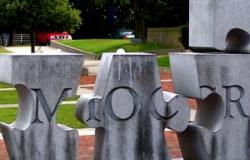 This article examines the EU's democracy promotion in ‘fragile’ and conflict-affected states. The article discusses the EU's perception of state fragility, contrasts it to the evolving understanding of the concept in the literature, and discusses its actions in the conflict-affected states of the South Caucasus: Armenia, Azerbaijan and Georgia. The analysis demonstrates that while the EU has adjusted its democracy promotion policies following critical international junctures, it has not specifically addressed the perceived fragility or conflicts of states where it promotes democracy. While the EU's democracy promotion profile in the South Caucasus countries has become more visible, its involvement in the resolution of regional conflicts has remained marginal. Yet, by not following the trend of accentuating fragility, the EU may have proven itself as a more nuanced democracy promoter, attempting to take into consideration local perceptions and realities.

In an effort to address democratization challenges, democracy promoters need to participate in the resolution of other salient domestic issues, e.g. protracted conflicts.
Democracy promotion in ‘fragile’ states needs to focus on the least favourable factors to avoid further deterioration.
Democracy promoters need to closely cooperate with local democracy-oriented stakeholders.
Instead of ideal-typical democracy, the policy should concentrate on achieving further democratization of weak or backsliding domestic institutions.
Access Article