Inequality and the Tails: the Palma Proposition and Ratio 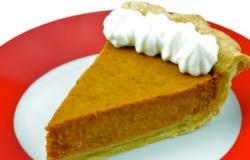 The Palma Proposition is that changes in income or consumption inequality are (almost) exclusively due to changes in the share of the richest 10 per cent and poorest 40 per cent because the ‘middle’ group between the richest and poorest tend to capture approximately 50 per cent of gross national income (GNI). The Palma Ratio is a measure of income or consumption concentration based on the above-mentioned proposition and calculated as the GNI capture of the richest 10 per cent divided by that of the poorest 40 per cent. In this paper we revisit the empirical basis of the Palma Proposition (the relative stability of the ‘middle’) with a new and expanded data set across and within developing and developed countries. We find the data reaffirms the Palma Proposition and that the proposition is getting stronger over time.

The Palma Ratio is a new policy relevant measure of consumption or income inequality that can complement other measures of inequality used by policy makers.
Policy-relevant measurement issues need more attention such as the gathering of tax data on top incomes and efforts to estimate and analyse illicit financial flows.
Policy makers instead need to track what is happening at the top and the bottom of the distribution – the richest 10 per cent and poorest 40 per cent.
The traditional measure for tracking inequality, the Gini, may be misleading policy makers as it is relatively insensitive at the extremes and over sensitive to changes in the middle.
Access Article