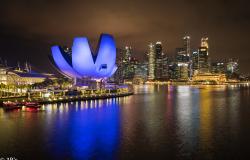 The Asian Infrastructure Investment Bank (AIIB) appeared at its inception to be a Beijing‐led multilateral development bank that is focused on the financing of mega infrastructure projects. The role for meaningful participation by offshore financial centers such as Hong Kong and Singapore was less defined. This article maps the growing role and influence of these two city‐states within the ongoing development of the AIIB. It analyzes the respective and distinct motivations of Hong Kong and Singapore as members in the AIIB, and assesses how each city is positioning itself to make unique contributions to the new multilateral development bank.