North‐South Negotiations about Financing for Development: State, Society and Market in the Global Age 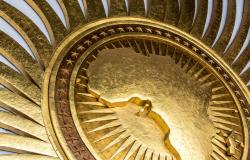 In contemporary global politics different actors seek to create contrasting world orders through the existing mechanisms of global deliberation and policy making. This article draws on the anthropology of policy to elucidate some of the different potential world orders that are being discussed today. Developing the concept of ‘policy vision’, the article seeks to bring into focus the different policy visions currently being proposed by the countries of the North and those of the South in global policy negotiations at the United Nations. To do this it critically scrutinizes the divergent North‐South positions in the negotiations leading up to the 2015 UN Financing for Development conference in Addis Ababa and draws out their divergent visions of alternative world orders. The conclusion sets these alternative world orders within Dani Rodrik's ‘political trilemma of the global economy’ and considers their implications for the future of state, society and market in the global age.