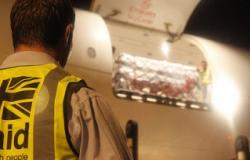 This article has three main sections. An introduction describes the main features of the Department for International Development's (DFID's) Needs-Effectiveness Index (N-EI) which was the basis for aid re-allocation between countries in the review of UK Aid undertaken in 2010–11. The second main section is a critical review of the ‘poverty’ element of the Index, particularly questioning the selection of the higher of the two World Bank poverty lines, and the adjustment used to allow for differing impact of country population sizes. The third main section focuses on the ‘fragility’ element of the N-EI, suggesting that the incorporation of this very important element of international ‘need’ into the Index was less than transparent, that it did not reflect important parts of the literature available at the time, and that it understated earlier research sponsored by the DFID. The N-EI has been subjected to little critical evaluation in the literature even though it had a central position in the major review of UK aid allocation. The article concludes that further consideration of the attributes of the N-EI would be necessary if it were to be used as the basis for policy decision-making in the future.