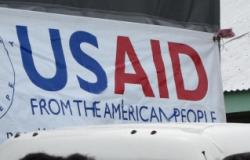 This article examines smart power, specifically in relation to US counter-terrorism initiatives, focusing on US foreign aid as a soft power instrument. Economic aid and military aid are disbursed under the auspices of USAID and the military is tasked with soft and hard power strategies that have proven problematic to manage as ‘an integrated grand strategy’. Identifying variables that accurately indicate the success or otherwise of smart power as a counter-terror strategy is problematic. Nevertheless a tentative correlation can be drawn between high levels of US aid and low levels of trust in the US in frontline Islamic states. This has led to slippage between hard and soft power and un-smart policy. Consequently a gap has emerged between what the US hopes that the international community will respond to in terms of smart power as a counter-terror initiative and what actually happens. The US has tended to revert to hard power tools in the face of this gap. I argue that foreign aid must not only be soft but ‘sticky’ in order for smart power strategies to succeed.

While US smart power draws on the sentiments of liberal internationalism this has been significantly undermined by a resort to armed conflict and power politics in frontline Islamic states, specifically Afghanistan, Iraq and Pakistan.
The US needs to develop credible self-awareness of its appeal, or lack thereof, and contextual intelligence.
Smart power strategies should be viewed from the stance of the audience not those who deploy it. It also needs to be reflexive.
The US must devise effective strategies that counter the threat of terrorism otherwise it is in in danger of continuing to waste money while also underwhelming the rest of the world with its lack of effective leadership.
Foreign aid can be considered as both soft and hard power. If it is deployed as soft power it needs to also be ‘sticky’ so that it can create benign dependency.
Access Article