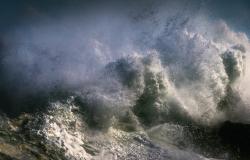 A puzzle of BRICS is why countries such as India and China work together within the group despite facing consistently difficult bilateral border tensions. This contribution argues that the multilateral logic of BRICS gives its members a chance to cooperate. As emerging powers, BRICS members need to adopt a collective approach to enhance their voices in the global governance system. Existing evidence shows that China and India have managed to separate their bilateral frictions from their collective actions within BRICS. This contribution examines the stakes of China and India’s BRICS engagement. Since China and India are the most promising emerging powers in global governance, their partnership will determine the BRICS’ depth and the length. Since China has dealt with the pandemic better than other BRICS members, it has become stronger which might increase the disparity of power within BRICS. Following the multilateral logic it may help India to cooperate with a stronger China in the post-COVID-19 era.

Photo by Ray Bilcliff from Pexels