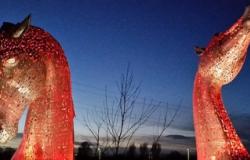 One of the lessons of the 2014 Scottish referendum on independence is that political separatism may be inspired by goals of a left–right kind. The surge in support for the Yes campaign corresponded to its emergence as an anti-austerity movement. This article examines how questions of peoplehood became linked in this case to the adversarial pursuit of political ends. To clarify the dynamics of partisanship at work, I go on to examine a second case of political separatism – Czechoslovakia in the early 1990s – where, major differences notwithstanding, a similar set of currents was present. Here too, rival definitions of peoplehood were as much the symptoms of political contestation as its inspiration. The article ends by considering what the partisan contestation of political boundaries reveals about the condition of the democracies in which it occurs.