Reducing Inequalities within Countries: Assessing the Potential of the Sustainable Development Goals 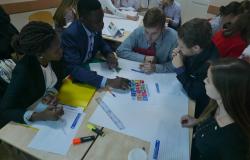 Income and wealth inequality are rising in most countries around the world today. Recognising that this challenge has become a universal issue, the United Nations agreed in 2015 to seventeen Sustainable Development Goals (SDGs), as part of a global agenda to transform society. Specifically, SDG Target 10 commits countries to ‘reduce inequalities within and among countries’. To what extent SDGs and in particular SDG target 10 can help nations reverse inequality towards a downward trend is the question we address in this paper. To answer this question, we build on the theory of change underpinning the goal-based governance characterising the SDGs, then we infer the added value of the SDGs along three criteria: the production of a common metric, the capacity to emulate peer pressure, and policy learning within and across countries. Across these three criteria, our main finding is that there is much that states can take away from the SDGs to address the problem of rising inequality, though success is conditional on achieving the buy-in of key actors and epistemic communities for which domestic inequalities remains a domestic issue and not a global sustainability one.