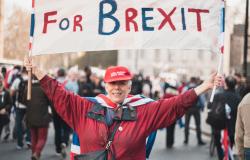 This article analyses the constitutional issues surrounding Parliament's implementation of the 2016 EU referendum result, in particular, the political and legal obligation of Parliament to give effect to the ‘will of the people’. Respecting the ‘will of the people’ lies at the core of any democratic process of government. But the predicament that faced MPs, who overwhelmingly voted ‘remain’ in the referendum, was to choose between their responsibilities as elected representatives and to implement the political mandate expressed through the exercise of direct democracy. Brexit, as the Miller I judgment confirms, alters the UK constitution by removing rights which UK and EU citizens enjoyed under the EU Treaties. In giving effect to Brexit, Parliament's constitutional relationship with the Executive, which had positioned itself politically as upholding the ‘will of the people’, was severely tested as the Cherry/Miller II prorogation judgment illustrates. Within a context of political turmoil and minority government, the Brexit process brought into sharp focus the conflict between what has been described as a ‘Whitehall versus Westminster’ interpretation of the relationship between Parliament and the Executive within the UK Constitution.

Photo by Dylan Bueltel from Pexels