Overcoming the Incoherent ‘Grand Maneuver’ in the French Film and TV Markets: Lessons from the Experiences in France and Korea 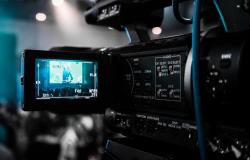 In 1989, the Member States of the European Union integrated their TV markets together in order to create a larger and more open ‘single TV market’ through the Television without Frontiers Directive. The French film industry used this opportunity to extract additional revenues by implementing TV quotas and strengthening the chronologie des médias . This paper examines the impact of these two measures on the French film and TV industries and shows how they were incoherent. In contrast to the expectations of the French film industry, these measures have induced it to produce less attractive films and burdened the TV industry with increased regulatory costs. While the government poured massive subsidies into the filmmaking sector, this endeavor has not been able to significantly improve the attractiveness of French films. In this regard, the Korean film industry offers valuable lessons. Since the late 1990s, the Korean government has significantly reduced its level of protectionism and scaled back its intervention in the industry. Crucially, business has been the main engine to produce attractive films that can compete with Hollywood films in the open market. For the French film industry, the findings in this paper suggest which direction its Grandes Manœuvres should pursue.

Photo by Donald Tong from Pexels