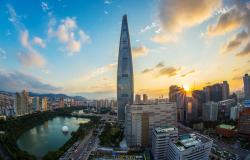 Given the possible renegotiations of the Korea–European Union FTA, this study focuses on the geographical indications (GIs) system included under the Korea–EU FTA and proposes a strategy for Korea to utilize GIs effectively. GIs have been gaining greater importance as a way to safeguard cultural goods in the global trade market against the impact of globalization. For Korea to utilize GIs to its advantage, the EU’s strategy during the Korea‐EU FTA negotiations can be a useful reference. That strategy is one that is centered on the protection of the EU’s GI products in other countries, rather than in the Korean market. This ‘roundabout strategy’ of the EU is one which Korea can apply in order to realize its goal to differentiate its own products from those made by its neighboring countries, Japan and China. The lesson Korea can learn from the EU’s roundabout strategy is that GIs based on locality and traditions can not only play a role as a source of potential economic revenues but also as an effective assertion of national cultural identities which are often overshadowed by the prominence of the larger region.