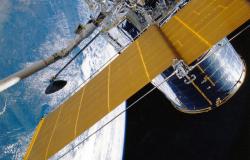 The Earth’s orbital space is increasingly threatened by debris. It is frequently described as a common-pool resource vulnerable to a ‘tragedy of the commons’ scenario. Scholars have suggested ambitious policy proposals to tackle the tragedy of space debris and assure the sustainability of the Earth’s orbits. Their proposals can be classified into three categories: hierarchical regulations, economic incentives and property rights. All three categories require some form of central coordination. However, there might be an alternative approach to the problem and other potential solutions. Elinor Ostrom suggested that decentralized, polycentric systems are appropriate for governing common-pool resources. Anecdotal evidence suggests that a polycentric form of governance can encourage a more sustainable use of the Earth’s orbits.