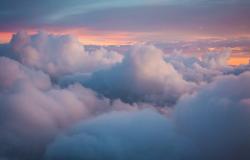 Climate engineering (geoengineering) is rising up the global policy agenda, partly because international divisions pose deep challenges to collective climate mitigation. However, geoengineering is similarly subject to clashing interests, knowledge‐traditions and geopolitics. Modelling and technical assessments of geoengineering are facilitated by assumptions of a single global planner (or some as yet unspecified rational governance), but the practicality of international governance remains mostly speculative. Using evidence gathered from state delegates, climate activists and modellers, we reveal three underlying and clashing ‘geofutures’: an idealised understanding of governable geoengineering that abstracts from technical and political realities; a situated understanding of geoengineering emphasising power hierarchies in world order; and a pragmatist precautionary understanding emerging in spaces of negotiation such as UN Environment Assembly (UNEA). Set in the wider historical context of climate politics, the failure to agree even to a study of geoengineering at UNEA indicates underlying obstacles to global rules and institutions for geoengineering posed by divergent interests and underlying epistemic and political differences. Technology assessments should recognise that geoengineering will not be exempt from international fractures; that deployment of geoengineering through imposition is a serious risk; and that contestations over geofutures pertain, not only to climate policy, but also the future of planetary order.