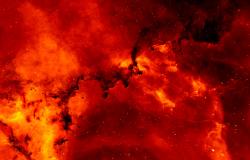 This article will consider the ways states have exercised imperialism over Antarctica, focusing on two methods: the use of administrative acts and control over scientific research and resources. The article will then compare the Outer Space Treaty and the Antarctic Treaty System around these two methods, as well as the use of military capabilities as an important aspect of imperial control, to question whether space law prohibits imperialism. The Outer Space Treaty seeks to prevent the militarisation of space, the unequal use of resources and claims of sovereignty. However, given the methods of imperialism on Antarctica and the underdevelopment of space law, this kind of imperialism may also be exercised in outer space. It will argue that while formal sovereignty claims are prevented, de facto exclusive claims are not. The establishment of permanent bases under the jurisdiction of the sender state, and the commercial opportunities presented by scientific research and the exploitation of resources create incentives for the use of the military which is also not satisfactorily regulated by international space law.