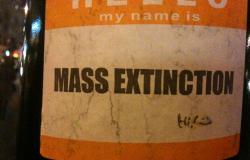 Effective altruism should ultimately be for the promotion of aggregate welfare. Broad altruism does not confine welfare to humans only. Thus, two priorities for broad and effective altruism may include reducing the probabilities of global extinction and the promotion of animal welfare. The former is important because if we become extinct, we lose the enormous amount of welfare into the far future. Also, we are faced with extinction probabilities that could be reduced, including through better environmental protection. Moreover, if we can avoid extinction, we will likely be able to increase our welfare enormously through such scientific and technological breakthroughs like brain stimulation and genetic engineering. Whether artificial intelligence may threaten our survival soon is also briefly discussed. An effective way to promote animal welfare is to reduce animal suffering at small or even negative costs for humans.