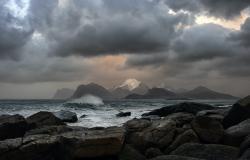 Based on expectations drawn from rationalist understanding of international institutions, this article argues that China and India persist with membership and participation in BRICS despite their growing bilateral conflicts because the grouping serves their respective strategic interests. Contrary to accounts portraying BRICS as a model for South–South cooperation or as a forum for socialization of member countries to develop a new shared collective identity, the article highlights the nationalistic power politics angle and explains why BRICS will continue to have both China and India inside the tent. For China, BRICS is one of many multilateral institutions with which to challenge and push back the United States and the Western-crafted liberal international system. For India, BRICS is less of an anti-Western formation and increasingly a soft balancing instrument through which China can be bound to rules and moderate its assertive behaviour as a great power. The article also highlights the constructive role Russia plays in the internal soft balancing of China via BRICS and offers examples of Russia acting as a behind-the-scenes intermediary to massage Sino-Indian tensions during military standoffs. The conclusion is that BRICS will survive China-India confrontations even amid the worsening geostrategic environment in Asia.

In Spite of the Spite: An Indian View of China and India in BRICS
Sreeram Chaulia
Vol 12, Issue 4, September 2021