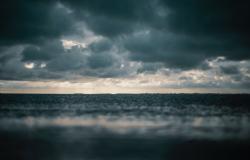 This article discusses whether BRICS, a leading global governance mechanism, can revive multilateralism, international law and interstate cooperation while providing stability at the global, regional and bilateral level. BRICS has created opportunities for addressing three core themes: politics and security; economics and finance; and humanitarian cooperation. It has evolved into an entity of like-mined countries, which connects people through vertical and horizontal ties, delivers impactful projects and builds friendships. BRICS interconnectedness keeps the group intact from issues such as China-India border conflict that could potentially disrupt BRICS unity. Moreover, the group was not designed to serve as a mediating body and clearly avoids being drawn into internal BRICS conflicts. To reach its full potential, BRICS must continue to expand the scale of cooperation in mutually beneficial issue areas and serve as a platform for cooperative projects for its citizens.

Photo by Josh Sorenson from Pexels