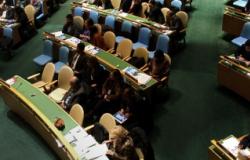 This paper attempts to analyze the voting behavior of Turkey in the UN General Assembly between 2002 and 2014 in comparison with those of the Brazil, Russia, India, China and South Africa (BRICS) countries by using selected reference groups of India, Brazil, South Africa (IBSA), EU, permanent members of the UN Security Council (P5) and the Western group of P5 (USA, UK, France) with the help of a two layered methodology. In doing so, this paper, with a two-layered quantitative and qualitative methodological model, empirically tests Turkey's voting alignments and cohesion scores in the UN General Assembly to provide a comparative perspective on the degree of foreign policy cohesion among Turkey and its BRICS peers by comparing the group and pair-wise ‘cohesion’ results. Finally, this paper will qualitatively analyze and discuss Turkey's exceptional voting behaviors and alignments with both the Western group of P5 and the BRICS to understand the nature of the international issues leading to convergences or divisions between Turkey and the BRICS and to demonstrate Turkey's in-between and dual foreign policy role in international affairs.

Turkey and BRICS, as rising actors in global governance, do have common foreign policy preferences and thus could/should further their cooperation in an attempt to extend their global maneuver capacity.
Turkey has a flexible UNGA voting behavior and it can more actively use it for spinning a foreign policy web between the West and the East, North and the South and by doing so Turkey could re-operationalize North-South cooperation in a more functional way.
Turkey should use its shuttle diplomacy capacity, reflected in its UNGA voting behavior, both to find solutions to regional deadlocks and to pronounce the reform demands regarding the institutions of global governance.
In an era where the institutions of global governance have started to be debated again, Turkey should be more active in contributing to these organs both normatively and materially.
Access Article