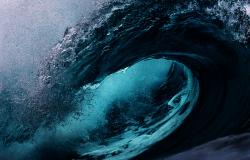 In only a decade, the BRICS group has achieved policy coordination among five very disparate countries and has started presenting a serious challenge to the status quo in global governance. It is now collaborating on many policy issues and delegating authority to a range of BRICS organizations. Since the inception of BRICS, the protracted India–China rivalry has cast a dark shadow over the group. In the aftermath of the India–China standoff in Ladakh, especially the Galwan Valley clash evoking memories of more serious clashes such as those at Nathu La in 1967 and even the 1962 border war, a crucial axis of BRICS cooperation – the India–China relationship – has deteriorated. This Special Section examines whether the India–China rivalry will render BRICS dysfunctional. Will the BRICS group be broken? The contributors will analyse whether BRICS can be a pacifying force and outline the prospects for the development of BRICS in light of the India–China crisis.

Photo by Emiliano Arano from Pexels

Can Vision 2020 be Far Away? Malaysia's Transformation Problems to a High‐Income Economy
Daniel Fleming and Henrik Søborg
Vol 10, Issue 4, December 2019