Democracy under Siege of Authoritarian Liberalism: Remarks on the Crisis of National and Transnational Republicanism in Europe 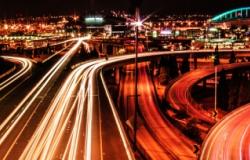 Modern republicanism must be distinguished sharply from ancient republicanism and modern liberalism. Modern republicanism is strongly restricted in Europe due to the constitutional hegemony of ordo- and neoliberalism. Therefore, Europe is running out of democratic alternatives on both, the national and the transnational level. This is a challenge for the entire Western legal tradition. During a lasting period of multiple crises the new prevalence of private over public law became evident, and as a result democracy became façade democracy. However, at the same time technocratic incrementalism no longer is a solution because it destroys the legitimatory basis of European. But is the legitimation crisis a last chance – or is it already the catastrophe?