When the State Brings Itself Back into GVC: The Case of the Indonesian Palm Oil Pledge 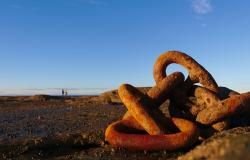 During the last decades the role of the state in governance of Global Value Chains (GVC) for sustainability has been largely ignored. This paper contributes to the re‐centering the state in GVC analysis. We provide an analysis of the rise and fall of the Indonesian Palm Oil Pledge (IPOP). IPOP is a commitment of some biggest palm oil companies towards zero‐deforestation in Indonesia, but was dissolved after serious critique from the Government of Indonesia (GoI). Our question is: why and how did the GoI decide to put an end to the IPOP? We show that the GoI orchestrated the IPOP's demise by framing it as a danger to smallholder development, as not acknowledging public standards, and as an illegal cartel. The GoI's counter‐framing re‐asserts its sovereignty over producers, rule‐making and economic organization. We argue that when a state perceives that when non‐state‐driven GVC governance threatens its sovereignty over producers, rule‐making and economic organization, it will engage in discursive power struggle with non‐state actors. More specifically, collective action of non‐state actors can particularly trigger a state to engage in discursive power struggle with non‐state actors.

The Potential of Europe’s Sharp and Soft Power
Thomas Biersteker
Vol 11, Issue 3, May 2020