Dignity, Inequality, and the Populist Backlash: Lessons from America and Europe for a Sustainable Globalization 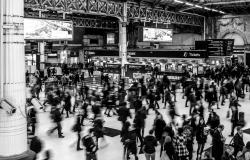 The greatest challenge to the sustainability of our current era of globalization comes from within the United States. Most Americans have come to reject globalization. We must discern the lessons from the parts of the developed world where the backlash is also profound – France, for example – and where it has been more muted – such as Germany. In both the United States and France, gross Gini coefficients have increased sharply during the past thirty or so years. The French state has, however, delivered a net, after‐tax, after‐transfer distribution of income that is more equal than it was thirty years ago. And yet: France is still in the midst of an anti‐systemic populist revolt. There is only one inescapable conclusion: it is not just about the money. Those who feel left behind in both countries feel that they have lost respect and dignity. We cannot redistribute our way out of the crisis of global capitalism. The German experience holds lessons. We must value and valorize the many ways in which people contribute. We must also pursue policies that create patterns of employment that confer dignity, meaning, and purpose. I argue for dignity as a tool of policy, beyond its normative desirability as a goal.