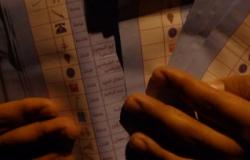 Diagnoses of a democratic recession or ‘hollowing out’ of democracy are numerous and varied but usually encompass the following symptoms: a decline in turnout and other forms of political participation; policy making that is increasingly detached from ordinary citizens and their preferences; and an erosion of trust in government and satisfaction with democracy among citizens – all of which ultimately challenge the legitimacy of democratic institutions. Direct democracy is one of the most prominent, far-reaching and popular remedies proposed in response to such diagnoses. It, by allowing citizens to directly vote on questions usually decided by representatives, seems intuitively appealing as an obvious extension and deepening of democracy. In this article I survey the potentials but also pitfalls of an increased institutionalization of direct democracy and use thereof in the countries of the EU focusing on the three key aspects identified above: representation, turnout and citizens’ political support.