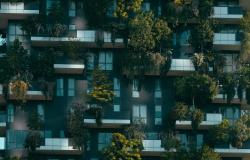 As the first multilateral development bank (MDB) initiated by China, the Asian Infrastructure Investment Bank (AIIB) has been growing rapidly, and within three years of its establishment, has become the second largest multilateral development bank after the World Bank. With the assistance of the supercomputer (Weiming‐1) and combing the method of generating functions, we measured precisely the voting power of each member of the AIIB (analysis which has been done for the first time for an organization with more than 80 members and more than 1 million distributed votes). We find that a host of member countries other than China have outsized power to prevent action on significant matters, but their power to initiate action are quite modest and closely distributed. Furthermore, the power structures in the AIIB are relatively even or ‘democratic’ on substantive matters when compared to procedural matters. More interestingly, we analyzed the dynamics of voting power of major members like China, India, Russia, Germany, the UK and France with the admission of new members. While the voting weights of all existing members decreased monotonously and proportionally, the voting power of some members in some cases even increased. We find that the requirements of voting rules, and the size of new and existing members, all affect how members’ power evolve. Lastly, we measured the balance of power and the decision‐making efficiency of the AIIB as a whole organization beyond individual members and discussed relationships between them. Our analysis aims to provide insights into the allocation of voting weights, the design of voting rules and importantly, the choice of membership expansions for growing multilateral development banks.

Photo by Francesco Ungaro from Pexels

State Intervention Does Not Support the Development of the Media Sector: Lessons from Korea and Japan
Nissim Otmazgin
Special Issue - Cultural Policy and Protectionism

Varieties of the Regulatory State and Global Companies: the Case of China
Shiufai Wong
Vol 4, Issue 2, May 2013