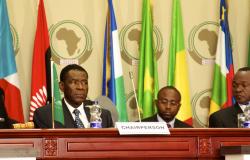 The growing importance of executive authority at the international level has fuelled scholarly debate about the level of autonomy enjoyed by international public administration (IPA), that is, the executive arms of international organisations. Insights from IPAs in the West or Global North, such as the European Union, have largely shaped these debates, whereas data from IPAs in the Global South are largely missing in the discussion. This article seeks to remedy this imbalance and contribute to an organisational-theory-inspired conceptualisation of IPA autonomy: We draw insights from survey data from the commissions of the African Union (AU) and the Economic Community of West African States (ECOWAS). We demonstrate that, although both commissions are embedded in inter-governmental organisations, they demonstrate remarkably strong features of actor-level autonomy. Thus, this study suggests that even IPAs constrained by an inter-governmental environment may still wield some degree of autonomy. Finally, the article draws practical implications for reforming IPAs.